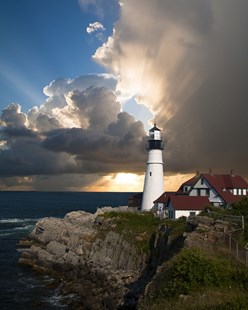 Brimming with the best of North America including some fantastic cities and wildlife to make your jaw drop, a cruise to New England is an experience that simply cannot be missed.

The astounding autumnal colours of the forests make for a truly Maine attraction, while there is nightlife and entertainment galore in some of the Eastern Seaboard's most exciting cities.

You can start by making the most of the city that never sleeps, New York, then enjoy its equally entertaining and lively counterpart in Boston, before slipping north to the quieter, more relaxed atmosphere of New Brunswick.

Further north, there are the homely delights of Halifax, one of the friendliest towns in Canada, or the dual personality of French Canadian Montreal, all the while watching some truly glorious coastline slip past on the way.

The waters teem with as much life as the cities - will you be lucky enough to see pods of killer whales bursting the surface, or dolphins playfully leading the ships through the dark, deep seas?

From the luxurious comfort of your ship to the beauty and colours of the coastline, from the exciting, lively cities to the smaller, more relaxing towns and ports, a cruise through Canada and New England gives you the best of all possible worlds. 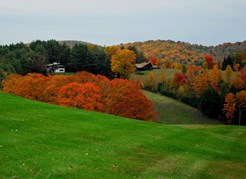 As you‘d expect of a trip to North America, the standards on board are among the highest in the world. The Queen Mary 2, to give just the largest and most famous ship for example, is the world’s most sumptuous liner, treating you to a standard of accommodation that goes right back to the glory days of the Blue Riband, but with every modern facility and amenity you could wish for.

Alongside Cunard, you‘ll find cruises with Princess, Regent, P&O and Seabourn, all of whom ply ships of the very highest standards along the coastline, whether you’re travelling exclusively to New England or using it as simply part of a longer voyage.