It‘s natural that when you think of taking a cruise, your first thoughts go to exotic climes, whether that’s the Mediterranean, the Far East or even further afield to places like the South Pacific.

However, cruises around the incredibly varied natural coastline of the UK are becoming increasingly popular. With several thousand miles of every kind of landscape, the UK has some magnificent coastline to discover.

From the world famous White Cliffs to such rugged beauties as the Giant‘s Causeway or the Old Man of Hoy, with glorious beaches at Bamburgh in the north east and Wales in the west, you’ll see every landscape you could wish for in a single country.

Cornwall on its own has almost everything - rocky outcrops, hidden sandy coves, and tales of tallymen and smugglers that will chill the blood. 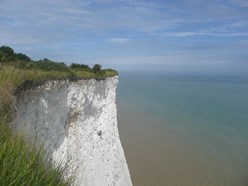 Voyage north in winter and you could see the Northern Lights around the Hebrides. In summer, there are seals and otters, gannets and puffins, whale sharks and even dolphins in the southern coastal waters. The west coast of Scotland is particularly beautiful, with its mountain ranges and even palm tress. Yes, that's correct, palm trees - thanks to the mild weather brought up the coast by the Gulf Stream, palm trees frequently grow in Scottish towns and villages.

In fact, the UK has so much to offer that the BBC has so far made ten series of its ever-popular programme, ‘Coast’.

So if you‘re looking for a cruise that’s most definitely out of the ordinary, then you need look no farther than our very own shores. 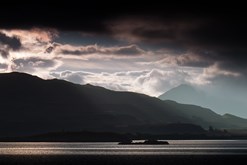 Most of the major lines offer cruises around the UK, so you can enjoy exactly the same levels of service and grandeur as if you were making a longer, more far-flung journey. The Royal Princess, for instance, offers the full range of luxurious berths and facilities, or there's the Regent Voyager, an all-suite, all-balcony liner with a six-star service.